We have been learning to recognise Ordnance Survey map symbols by playing Bingo! After that, to help us get better at using 4 figure grid references, we played Battleships!

Living on a prayer 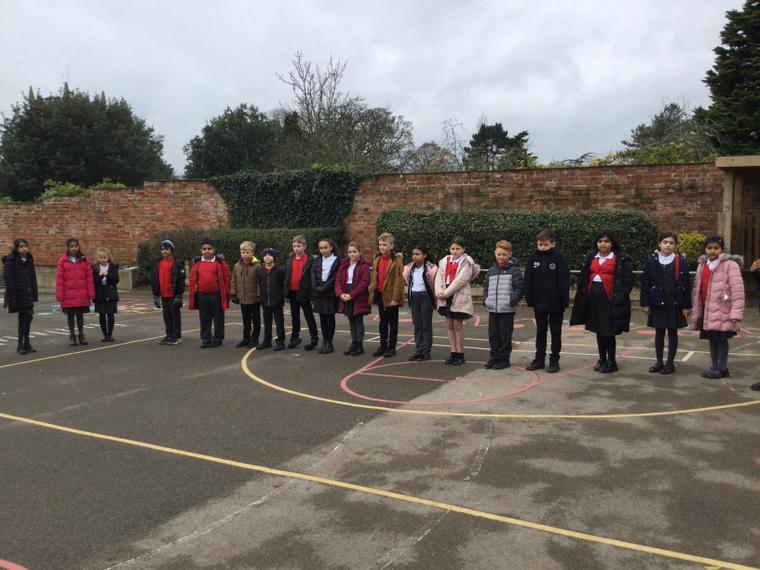 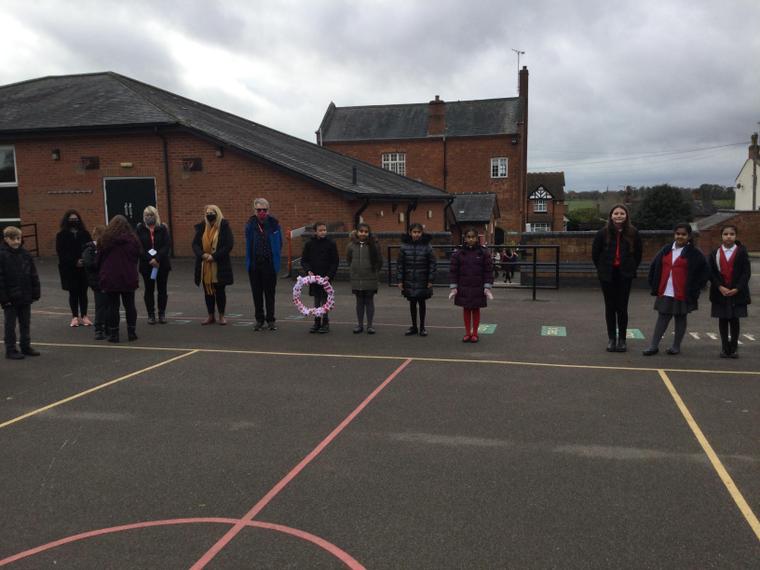 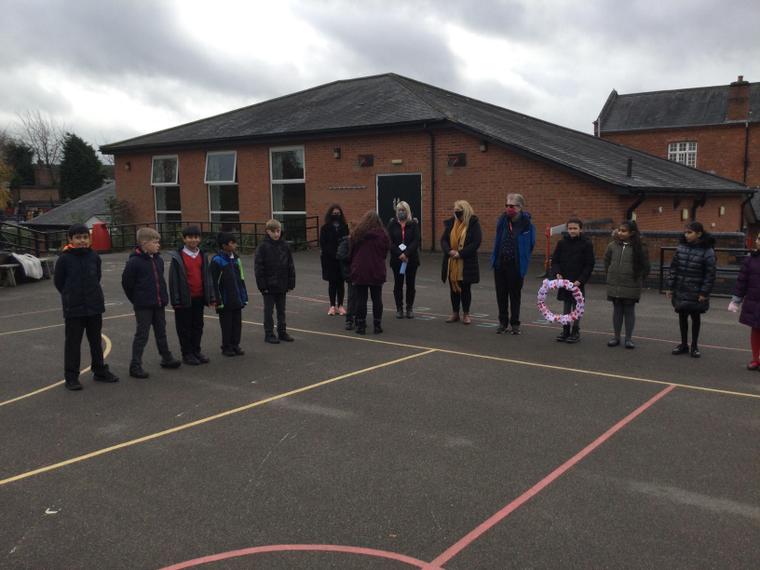 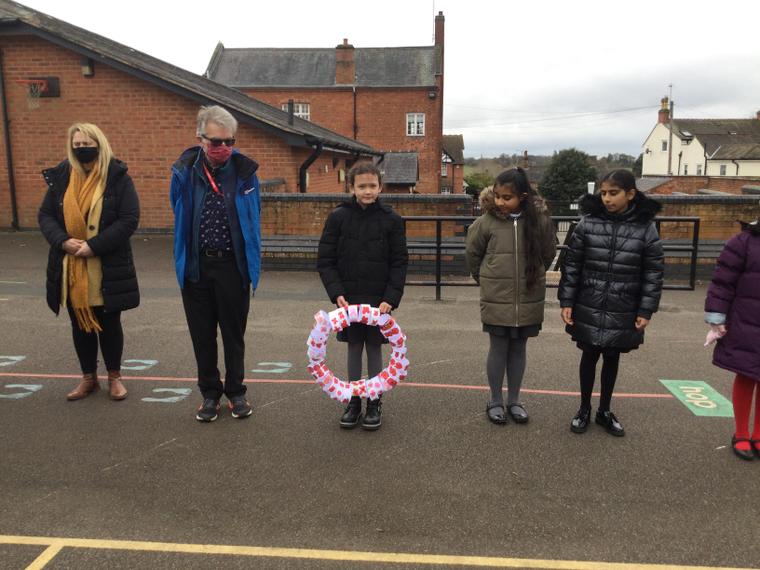 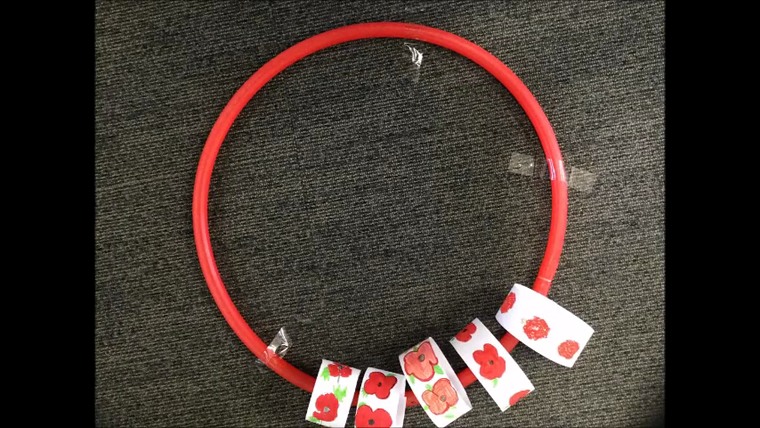 Children had been studying the artist Matisse. They had an opportunity to cut out a picture in that artist's style but they were not able to first draw the shapes with a pencil. They had to draw with their scissors!

At the start of our session, we were split into 8 teams. We all wore coloured bibs and belts with tags attached. There were 2 blue, 3 green, 1 red and 2 orange. There were 4 pitches.

One team started with the ball and the other had to stop them from scoring a try. To get the ball we had to take a tag away from the player holding the ball in the opposing team.

In one game, Jacob ended up in top of Thomas and tried to take off his tag. However, Thomas got away and scored a try!

Mr Alford set the teams for us and set out the pitches with helpers, then off we went!

Pitch 1 had a great game with Thomas, Jacob and Mariyah all scoring tries. On Pitch 2, it was even better as the score was 3-4 to the Blues. Brodie, Arjen and Garcia all scored. It was a close thing on Pitch 3 and on Pitch 4, Reds and Blues, Oliver and Vyom both scored.

Each team played about 4 matches and at the final whistle the scores were al about level. The rain had held off and everybody was very excited. 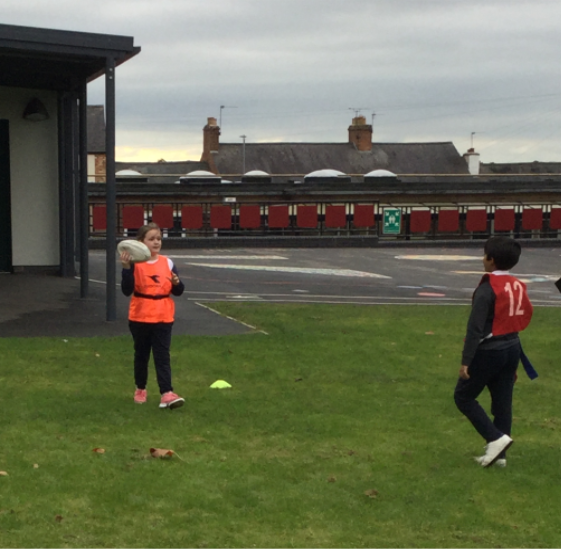 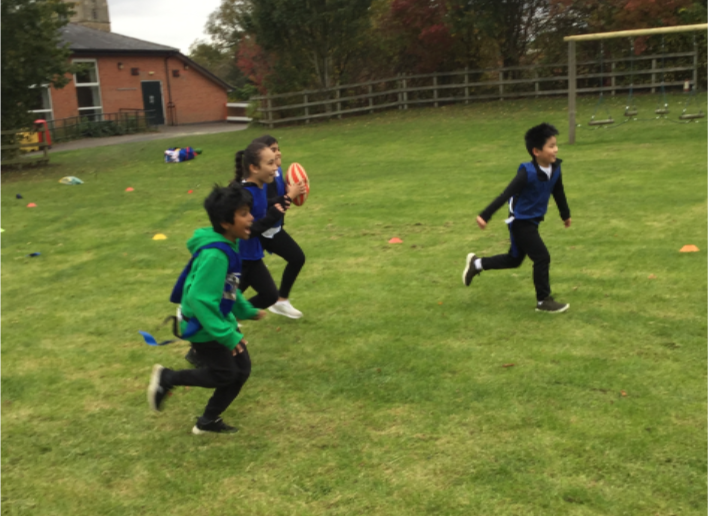 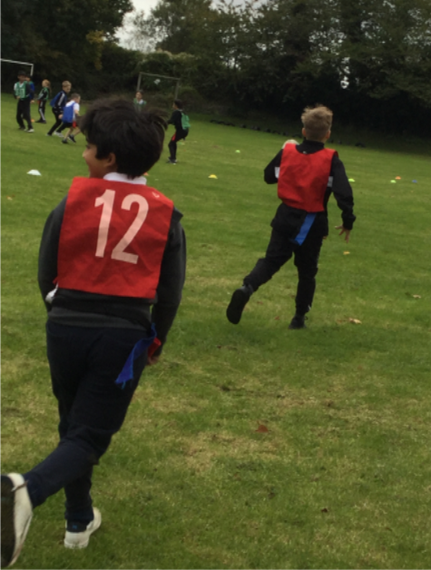 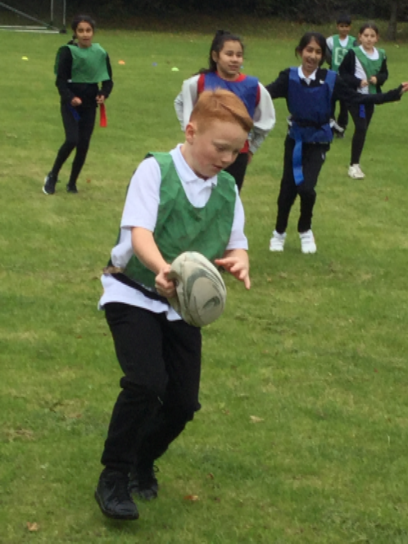 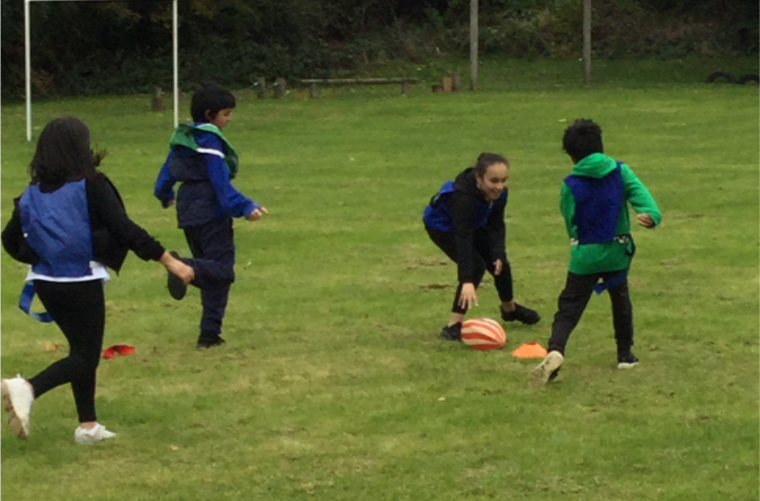 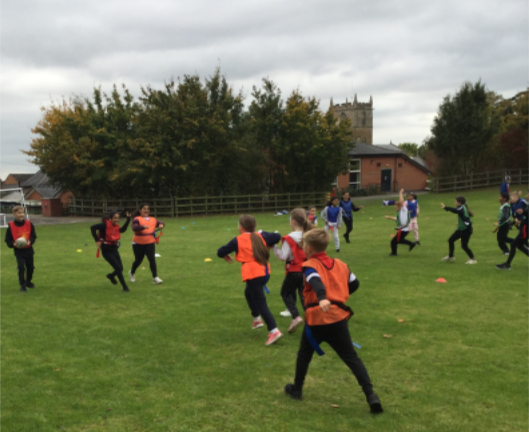 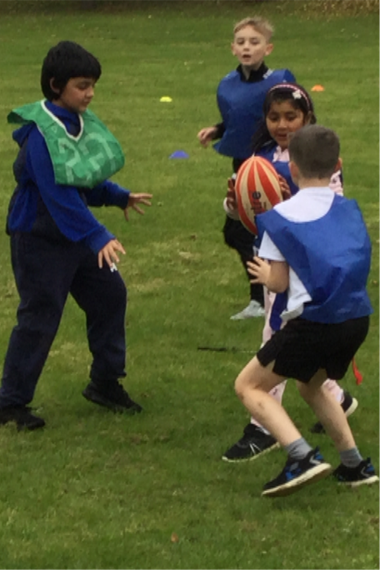 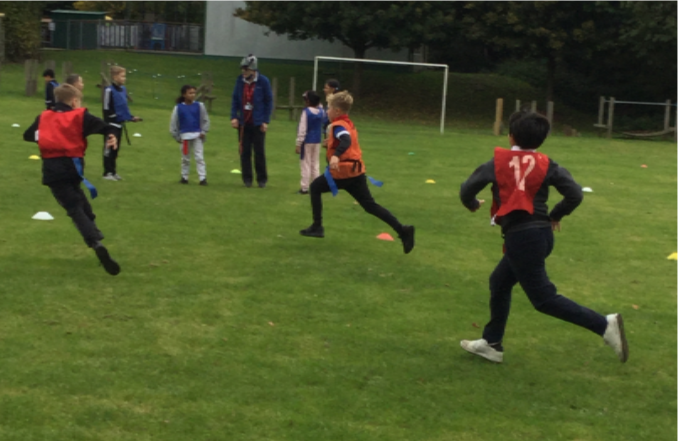 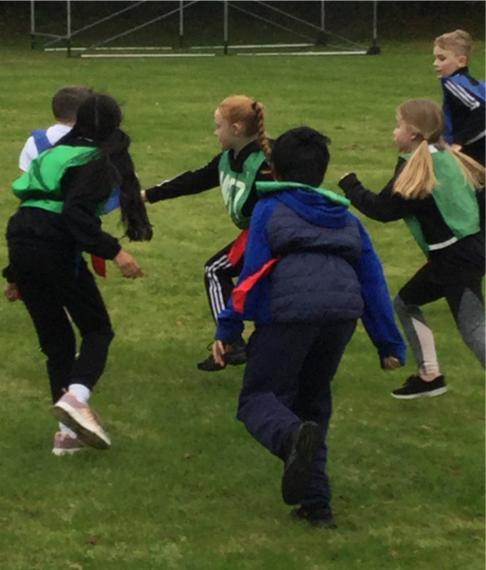 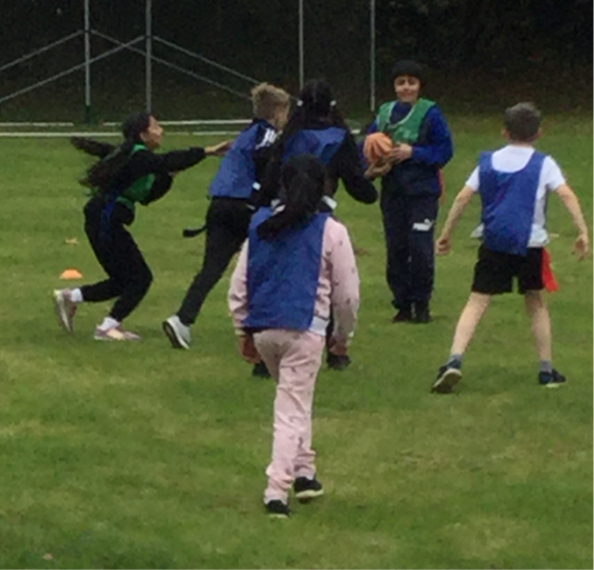 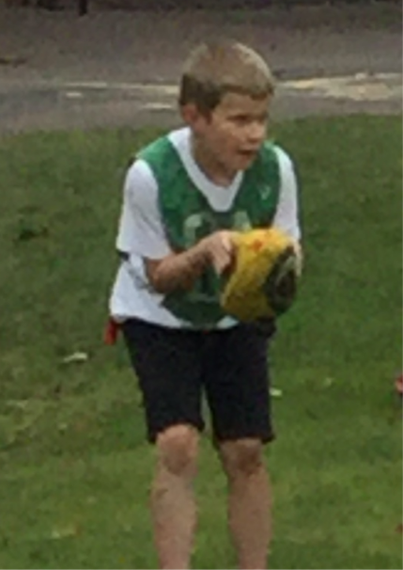 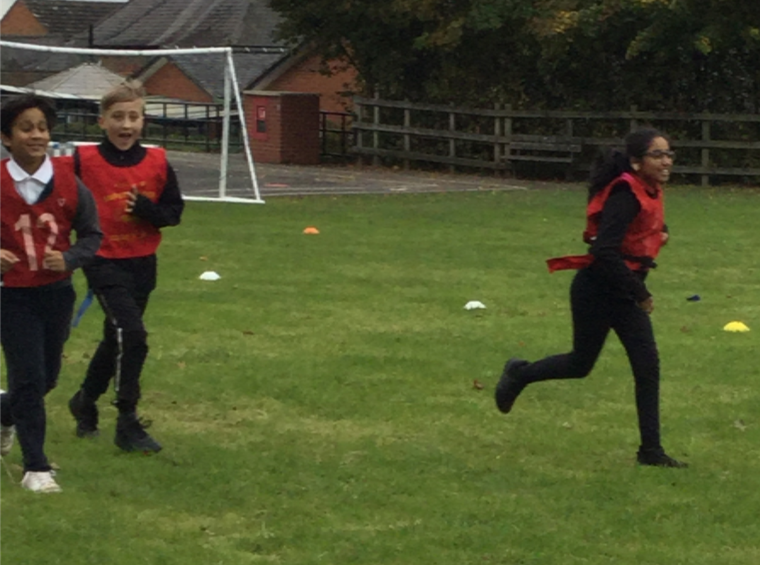 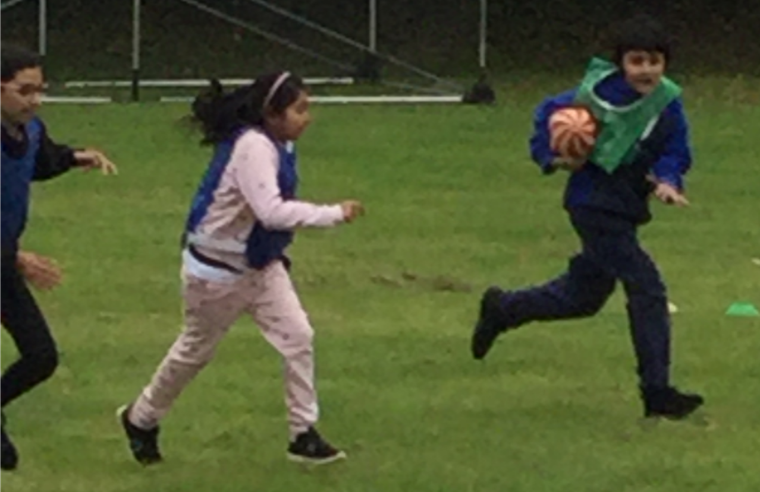 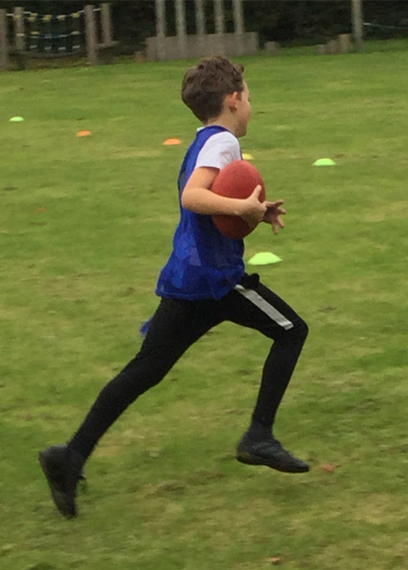 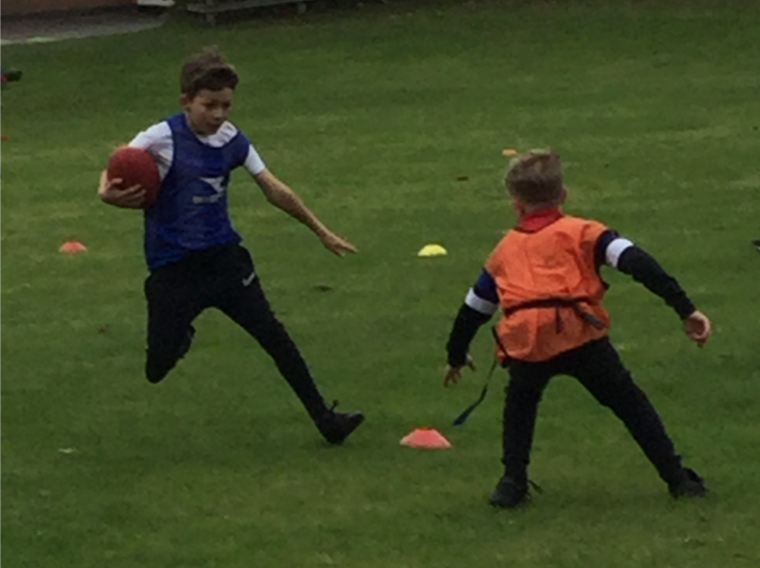 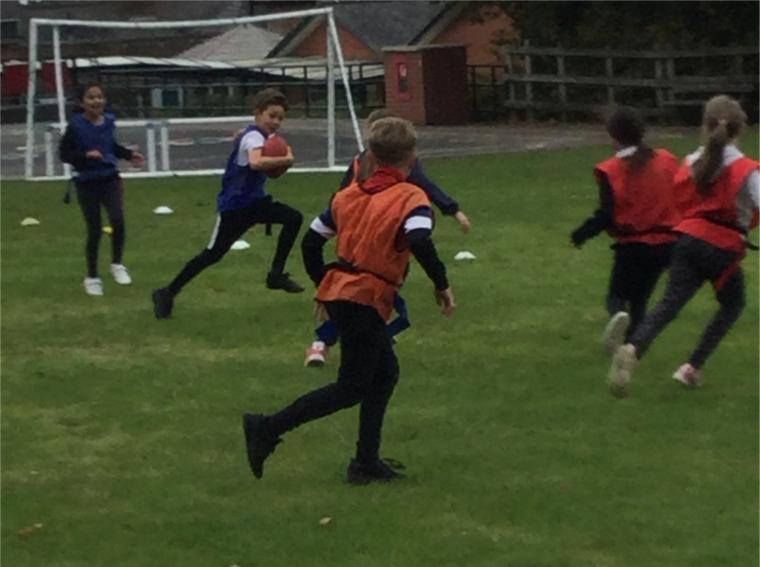 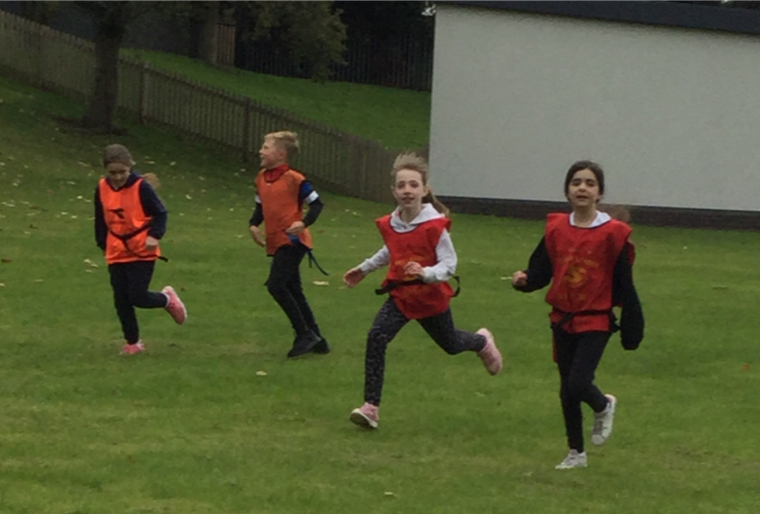 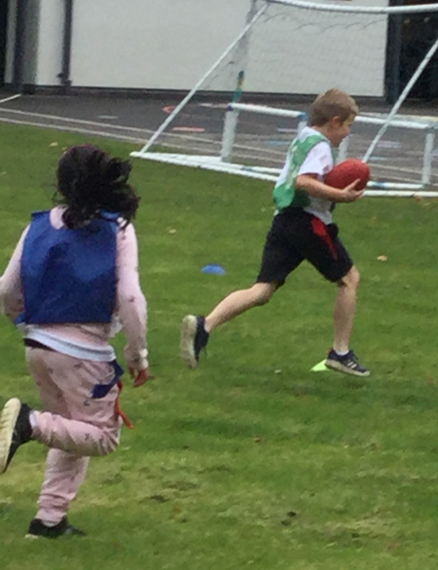 Normally, Lizzie from St Luke's Church would visit us in person. This afternoon, we met her online and she answered all our questions about the things that she believes. We made notes about her answers, which we can use later in a piece of writing.